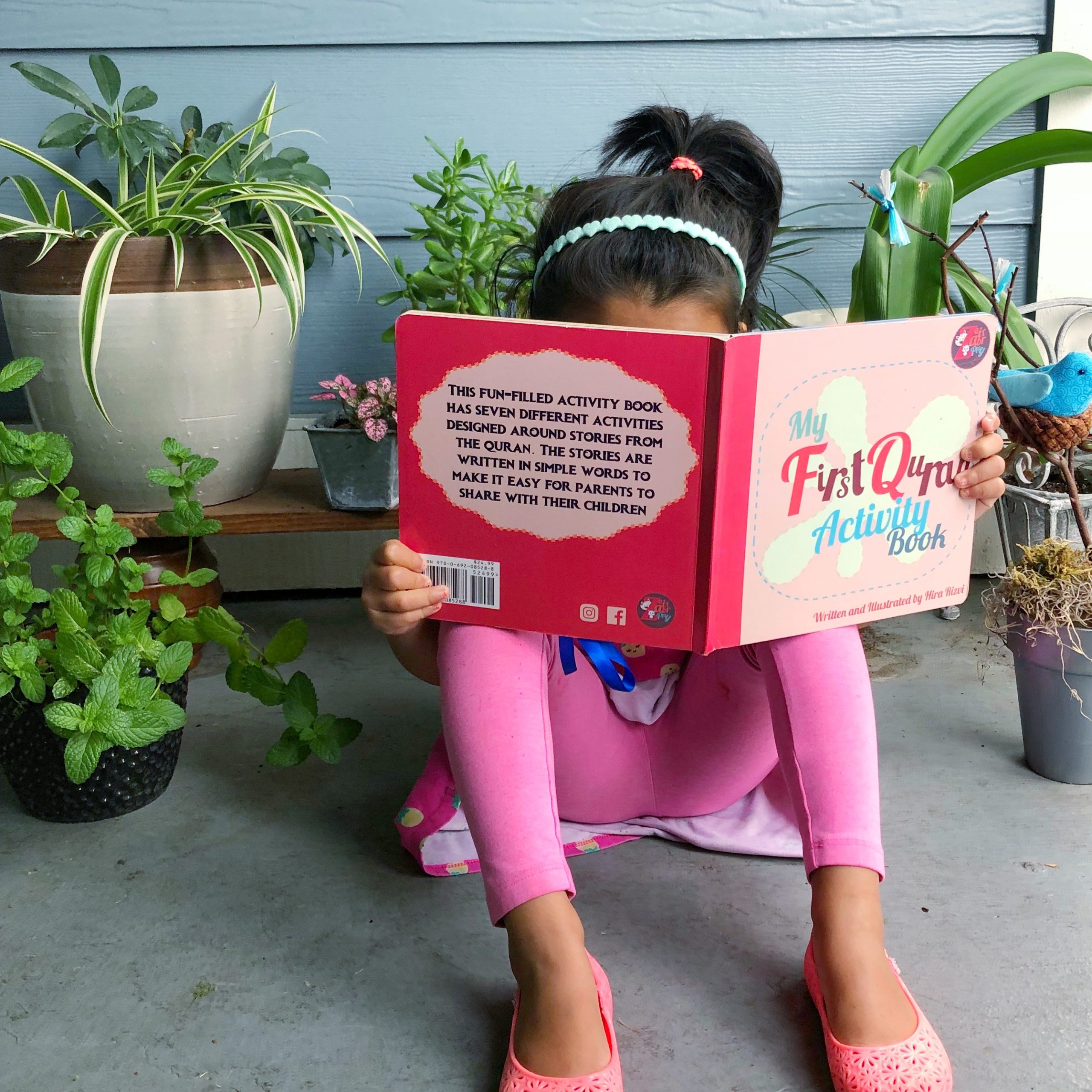 What does reading the Quran look like to you? When I think back to my childhood, reading the Quran meant sitting in the formal room with my Quran teacher trying very hard to make strange noises for an hour, once a week. I don’t think I had much of a connection to the Quran till very far into my adult life. I want to make sure that is not the case for my daughter. I want her to have a positive and functional relationship with the Quran. But how? Below is the thought process that went behind in developing My First Quran Activity Book.

The biggest struggle that I had with the Quran was how much of it was unfamiliar.

I wanted to make the Quran familiar and relatable to her. The next couple of steps might raise a lot of eyebrows. But my intention is for her to fall in love with the idea of the Quran enough that she wants to read and learn it.

Arabic is a foreign language. It isn’t spoken in our home, it’s not written in our environment. As much as I’d have liked her to interact with Arabic, I decided it was simply an added obstacle in developing her love for the Quran.

I made the conscious decision to introduce her to the Quran in English to begin with.

The Quran is also very vast. There are so many stories, so many prophets and so many lessons. I decided to hand pick six stories to teach to my daughter.

The Story of Prophet Nuh: It’s a story that teaches not only about the mercy of Allah, but the importance of showing compassion to animals and humans!

The Story of Prophet Yusuf: It’s a story that helps exemplifies Allah’s connection with his prophets.

The Story of Bibi Hajra: Its a story that teaches perseverance even in the hardest on situations.

The Story of Prophet Hud: It’s a story that helps begin the conversation about separating ourselves from worldly goods.

The Story of Prophet Yunus: It’s a story that teaches trust in Allah. It teaches that Allah is the best of planners

The Story of Prophet Muhammad and the spider: It’s a story about how even the smallest of creatures are dear and useful to Allah! 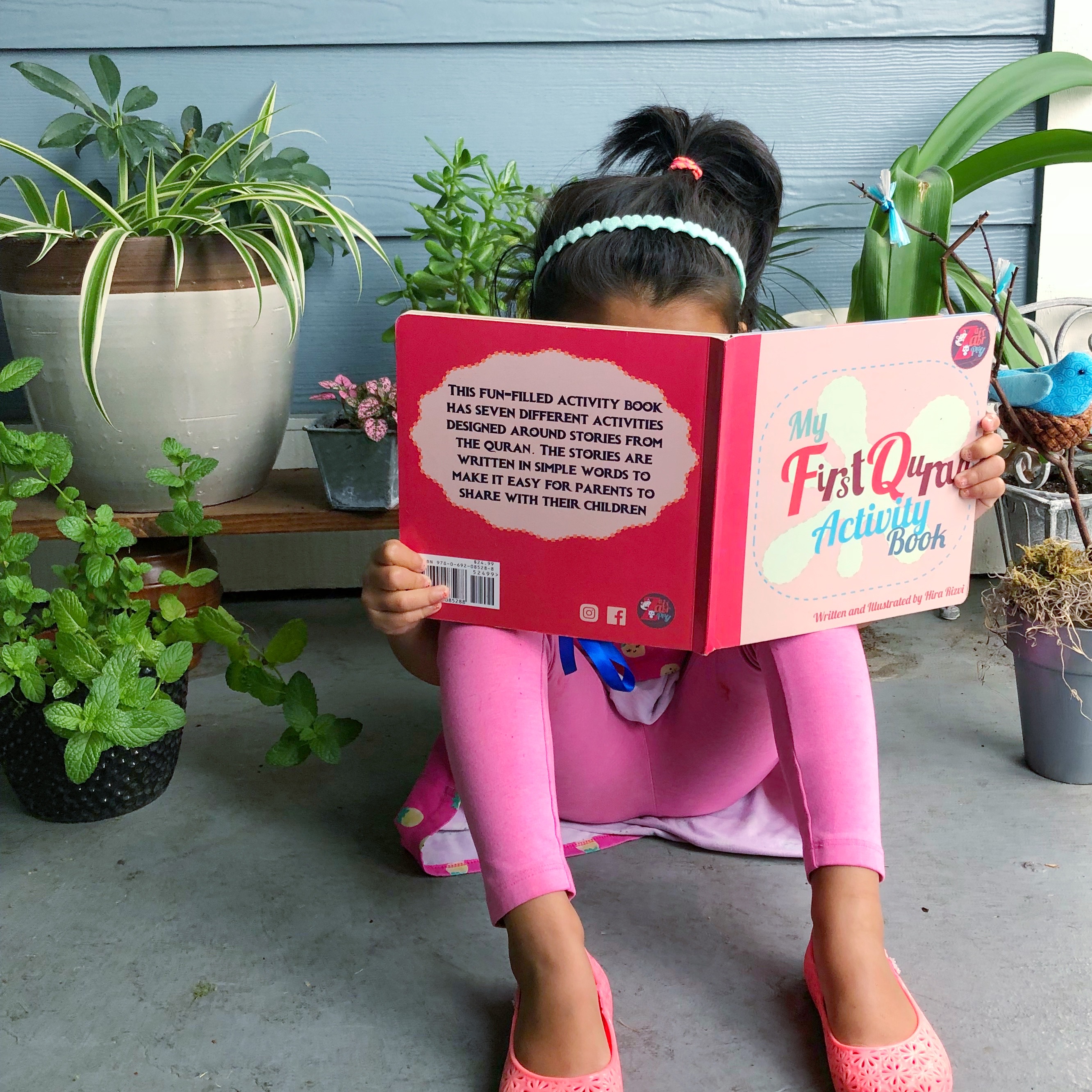 After I had chosen the stories, I had the daunting task of condensing these amazing stories into 3-4 sentences. Developmentally, that is about what a toddler can pay attention to. I wanted to make sure that when I wrote the stories I focused on the positive rather than the negative.

Finally, I had to make the Quran fun.

I knew that simply reading the stories would not be enough for my daughter to bond with the Quran. I had to involve her sense, and I had to make it approachable. When I was at a story time at  a library I noticed that the kids were most engaged in the stories and songs that were accompanied by a felt visual. The ones where the kids got to remove the pieces or could see the story build. That was the concept that gave birth to My First Quran Activity Book.

I wanted to give my daughter ownership of the stories in the Quran. I wanted her to be able to use the pieces and retell it in her own words. That is why it was so important for me to have an interactive component in my book.

Do you think I have made Quran fun for kids?